BAGHDAD — Struggling to regain the initiative after a long impasse in the battle against Islamic State militants, the Iraqi government and the American-led coalition are for the first time in months putting military pressure on the jihadists on multiple fronts, officials say.

Supported by increased American air power, Iraqi forces are on the outskirts of Ramadi, pressing to encircle the capital of Anbar Province, which the militants took in May, and cut it off from resupply and reinforcements.

To the north of Baghdad, Iraqi military forces and Iranian-backed Shiite militias are trying to expand their foothold at the Baiji oil refinery afterretaking it from the Islamic State on Friday.

Even as the Iraqis have moved on the offensive, they face formidable challenges. Ramadi, for example, is defended by 600 or more militants who have fortified their positions and are still able to sneak fighters to the city on the Euphrates River.

And even if the Iraqis succeed in evicting the Islamic State from many of their strongholds, holding them will be a challenge. While Iraqi tribes can help secure some towns and cities, Iraqi provincial police are also supposed to play an important role. But the training of those police forces is just in the early phases: So far, a small team of Italian Carabinieri has trained just 246 police officers, about half of whom are federal police, officials said.

But after a long lull, partly imposed by scorching heat and Muslim holidays, the Iraqis and their partners are trying to put the militants on the defensive and force them out of some long-held bastions into the open where they can be more readily targeted by airstrikes, Iraqi officials said.

The aim, Iraq’s defense minister, Khaled al-Obeidi, said in an interview, is “to busy the enemy on different axes.”

As described by American officials and their allies, the overall strategy is less a product of clockwork synchronization than taking advantage of opportunities that have arisen in recent weeks.

And in northeast Syria, the American military last week said it had parachuted 50 tons of ammunition to Syrian Arab fighters. The intent was that those fighters would join a larger body of Kurdish forces in advancing toward Raqqa, the Islamic State’s capital in Syria, and perhaps draw some Islamic State fighters away from Iraq to defend the city.

“We are doing what you always try to do to the enemy and that is force him to fight in more than one direction at the same time,” said Lt. Gen. Sean B. MacFarland, who last month became the American commander for the effort in Iraq and Syria. He had previously served in Iraq as a brigade commander who worked with the Sunni tribes in Anbar Province.

The campaign that General MacFarland inherited is not on the timetable originally envisioned. The United States Central Command, which oversees American operations in the Middle East, had once hoped that Mosul, Iraq’s second-largest city, would be in the Iraqi government’s hands by now.

Instead, the American-led coalition has found itself trying to jump-start a counteroffensive against the Islamic State in a region in which the Russians and Iranians are asserting themselves in neighboring Syria, and Shiite militias remain a potent political force in Iraq. At the same time, Prime Minister Haider al-Abadi of Iraq has been struggling to build up his authority. 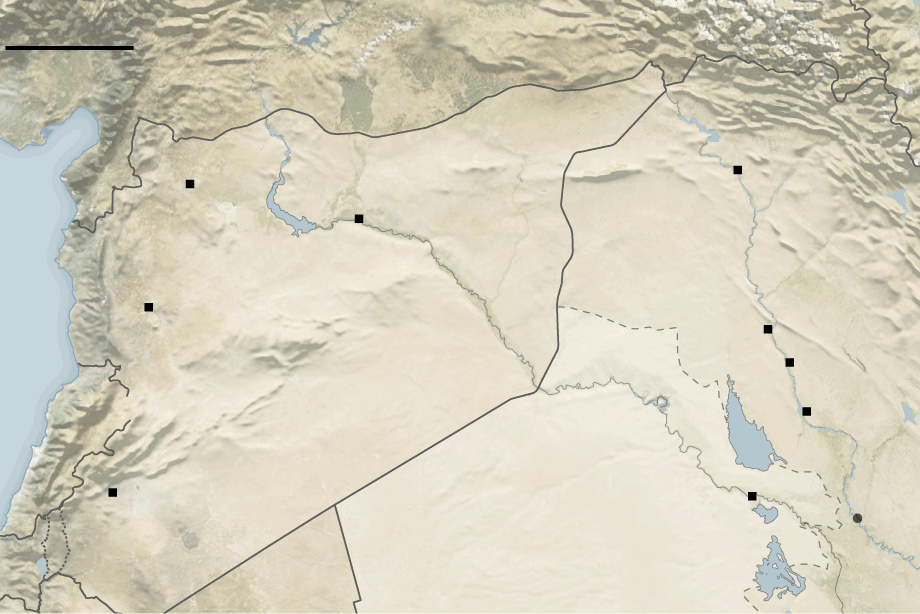