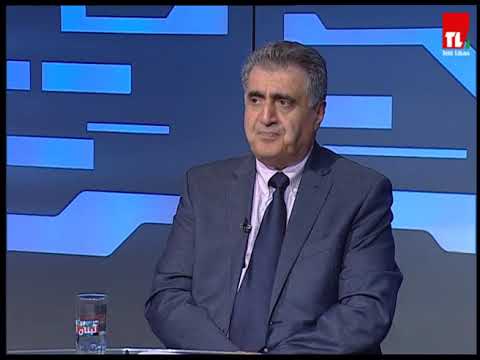 When we think about the word America, we often associated with other terms like liberty, individualism, prosperity and career growth. These are the words that often conquer our brains. Unless you are too politically woke about defining what America is.

If you consider yourself a conservative, you definitely oppose big governments and perhaps favor the modern ideology of Reagan who is credited for the rise of the contemporary conservative movement. As a conservative, you definitely despise tax increases and favor the privatization of whatever the government can control. You also believe that insurance companies can monopolize the health sector by prioritizing patients who are “customers” and raking them accordingly. If you were economically conservative, you would probably assume that universally acclaimed topics like “Climate Change” and “Evolution” are a setup hoax by globalists who want to take over your money and jeopardize your “values” through “immoral educational doctrine”. You are also critical for all social groups that are seeking equality by calling feminists “feminazi” and would appreciate strict moral contract that would ban minority people like the LGBTQ communities from practicing their liberty.

If you were a leftist, you would assume that it is the sole responsibility of the government to control the state. Every person deserves to be provided with a set of “universal rights” that would make equity and equality synonymous. The rich can accumulate wealth, but they have to be fairly taxed to ensure that social mobility is not disrupted and that the middle class is not the bait of corporations that seek short-term profits. Healthcare is the right granted for everyone and that shouldn’t be debatable whether or not privilege plays role in determining who can get healthcare or not. You are a part of a group that adopts skepticism and freethinking. Ideologically you do not categorize yourself with any movement since you embrace such autonomous freethinking approach. Unfortunately, the fluidity of your approach allowed individuals and certain groups to adopt an extreme rhetoric. Radical feminists might demonize all newborn male babies and that further restrictions should be imposed on people’s private affairs to avoid the disruption of the public.

Let us get real here. If you adopt any of these sides, then you are part of the 99% who is part of a failed political culture that is causing obstruction in governance. What is happening in America’s politics between the “right” that rejects any form of moderate ruling and the “left” that focuses primarily on the “identity politics” to appeal to the masses is their failure in defining what America itself is. When would both parties realize that their obstruction in the ruling is causing a polarizing governance to the United States? All right, let us get real. America politics are hijacked by money; the money is a tool that is owned by multimillionaire companies that have focused on commoditizing life’s basic rights. The commercialization of universal rights by private firms and companies is causing the middle class to fracture. By 2014, the middle class made up 48% of American households down from 61% in 1971 according to Pew Research Center. Additionally, nearly one-third of Americans are now making lower income up from one fourth in 1971. Add to that, 643,000 Americans go bankrupt each year for not afford the cost of their Medicare bills.

The Idea of popularizing the social welfare system has been severely criticized by conservatives under the shallow argument is that such a system would create unproductive and unworthy dependable citizens. Well, guess what, Scandinavia says Hi!.

The module of governance applied by the Scandinavian countries in addition to Iceland and Finland is inarguably the most successful module. The establishments of these countries decided to introduce a politically correct term just to avoiding intimidating their capitalist western allies. The term is called “State Capitalism’.

State capitalism is when the government treats the country as a big business. Determining the budget, prioritizing the spending plan on federal programs and controlling the economic lobbyists from destabilizing social mobility. In all of this, the government also ensures that everyone has equal access to rights and services without being discriminated based on your socioeconomic status. However, that is what CEOs also do with their company’s right? Employees should feel comfortable and productive, also have their rights and responsibilities and are assured that they do have the means that would allow them to be productive.

The result? 75% of Finnish, 80% of Norwegians and Danish, 79% of the Swedes and 86% of Icelanders fall within the category of the middle class. Arguably, one would say that this is largely unfair to compare because these countries are very little in population compared to the United States. The answer is NO. Transparency and anti-corruption programs are what made those countries socially and economically successful. They have not been hijacked by the politics of tribalism and money that intertwines with the lives of most Americans.

Wealth distribution, social mobility, universal healthcare, free education and most importantly economic equity are contemporary left constructs that helped in reforming many capitalist based countries which realized that raking citizens according to wealth and not equal opportunity, is what cause people to be dysfunctional and stagnant in moving forward.