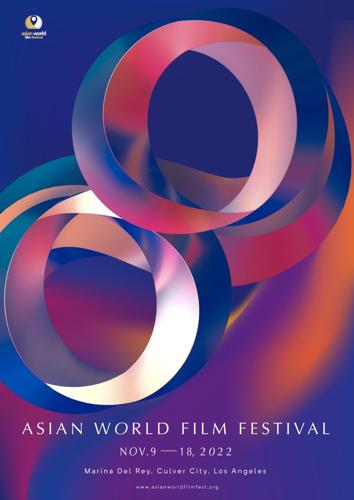 “We’re thrilled to showcase a lineup of at least 18 Academy Award® submissions along with the work of tomorrow’s breakout filmmakers of Asian descent,” said Georges N. Chamchoum, AWFF executive director. “We’re also excited to arm select award-winners with the means to continue expressing their creative ideas.”

To date, the Competition Screenings will include the U.S. premiere of WORLD WAR III (Iran) and the L.A. premiere of JOYLAND (Pakistan), along with AJOOMA (Singapore), AURORA’S SUNRISE (Armenia), BUTTERFLY ON THE WINDOWPANE (Nepal), CINEMA SABAYA (Israel), LIFE (Kazakhstan), GODDAMNED ASURA (Taiwan), KERR (Turkey), HOME FOR SALE (Kyrgyzstan), A LONG BREAK (Georgia), MEDITERRANEAN FEVER (Palestine), and ON THE JOB: THE MISSING 8 (Philippines). All are official Oscar submissions from their respective countries. GOLIATH (Kazakhstan) and LAST FILM SHOW (India) will also compete.

Special Screenings will include Oliver Stone’s anti-war drama HEAVEN AND EARTH, the culminating piece in the Oscar-winning filmmaker’s Vietnam Trilogy. A celebration will follow with Stone, cast and crew members, and Vietnamese-American writer and humanitarian Le Ly Hayslip, whose autobiography inspired the film.

Central Asia Film Day is the first announced Theme Day and will be capped by a screening of HOME FOR SALE, directed by Taalaibek Kulmendeev.

Premiere camera and optics company Panavision will honor two AWFF awardees with a camera package to shoot a future project. A $60,000 Panavision Camera Grant containing the company’s cutting-edge filmmaking equipment will be presented to the recipient of the first-ever Snow Leopard Award for Best Cinematography. A second $15,000 Grant will be given to the HFPA Snow Leopard Scholarship winner.

For the fourth year, HFPA will host a competition of short films created by Asian and Asian-American filmmakers and gift a $5,000 HFPA Scholarship Award to the winner. Global filmmaker and artist incubator and community StarsCollective will present the StarsCollective Emerging Filmmaker Award of $2000.00 to the runner-up of the HPFA short film competition.

Detailed screening information can be found on the AWFF website. As previously announced, the Festival will open with the world premiere of DECIBEL and close with DECISION TO LEAVE. Additional Competition Screenings will be announced shortly.

ABOUT THE ASIAN WORLD FILM FESTIVAL

The Asian World Film Festival (AWFF), founded by Kyrgyz public figure Sadyk Sher-Niyaz, brings the best of a broad selection of Asian world cinema to Los Angeles to draw greater recognition to the region's wealth of filmmakers and to strengthen ties between the Asian and Hollywood film industries. Uniting through cross-cultural collaboration, the Festival champions films from more than 50 countries across Asia, from Turkey to Japan, and from Russia to India and the Middle East. All participating films are provided with the unique opportunity to be guided through the challenging awards season. They’re also showcased to Motion Picture Academy members, the Hollywood Foreign Press Association, and the entertainment Guilds for enhanced exposure, media attention, and awards consideration. AWFF is a non-profit organization under Aitysh, USA.