Into a troubled world sweeps the sensuous, reflective voice of Yara Lapidus, whose journey from Beirut to Cairo and Paris, then London’s Abbey Road Studios and Sunset Sound in Los Angeles, has led to a stunning set of songs that reach our ears like a gentle breeze on a sultry summer day. From a bilingual pair of covers of John Lennon’s “How,” to her collaborations with Brazil’s Chico César, Palestinian oud virtuosos Simon Shaheen and Adnan Joubran, and even punk pioneer Iggy Pop, Yara’s U.S. debut release, Just a Dream Away, reveals a voice booming with understated power, and an artist unconstrained by genre and convention. The album has charted for several weeks on the New Age Album Billboard Charts positioning at #4 # 5 and climbing.  It also has been nominated in several categories on this year’s first 62nd Grammy Awards ballot, and now is nominated for Best Adult Contemporary Song Just A Dream Away, and best produced song of the year for HOW-KIF  for the album’s Music Producer Dawn Elder at this year’s Hollywood Music in Media Awards (HMMA) taking place in Los Angeles on November 20, 19

Yara sings in English, French, and Lebanese Arabic, always the effortless, seductive coo and sigh we associate with greats like Fairuz, Astrud Gilberto, Serge Gainsbourg, Francoise Hardy, and Sade, who, like Yara, began her career as a fashion designer. That life and Yara’s career as a guitarist came to an abrupt end in 2010 when a routine operation on her collarbone left her without the use of her left hand. In spite of this devastating disability, Yara carried on, her destiny now to sing and write poetic lyrics.  Yara applies lyrics to musical compositions as deftly as a master painter graces a canvas. “Images have always come easily to me,” says the mother-of-two, whose imagination was nurtured by stories read by candlelight as a child, inspired by French scribes Rimbaud and Verlaine, and contemporary wordsmith Boris Vian. Yara’s triumph over her disability sends a powerful message to all who face such challenges.

Just a Dream Away was born of a two-year collaboration with Oscar-winning composer, musician, and producer Gabriel Yared, who created music for such iconic films as Cold Mountain and The English Patient. Yared spent two years working with Yara, composing tunes specifically to compliment Yara’s unique aesthetic. Both of these artists were born in Lebanon and share the memory of its traumatic civil war (1975-90), a searing emotional undertone that colors the transcendent melancholy that pervades this luminous album.

Just a Dream Away reached fruition in the hands of award-winning Lebanese-American music producer Dawn Elder, widely acclaimed for her productions of major global artists. She has worked with Algerian rai superstar Khaled as well as such icons of Arabic music as Kazem el-Saher (Iraq), Fairouz, Wadi Safi, Sabah Fakhri (Lebanon & Syria) and numerous American and English luminaries including Carlos Santana, Quincy Jones, and Sting. Elder draws on a deep well of superb session musicians in L.A. including Grammy winners Louis Conte, Vinnie Colaiuta, Sean Hurly, Matt Rhode, and Errol Cooney, all of whom bring the final polish to this wonderfully organic collaborative album. Elder also brought in vocal stylist/producer Lynne Fiddmont, who has fine-tuned performances by stars from Stevie Wonder to Barbara Streisand.  Says Yara, “I almost never dared to think that one day I might make a beautiful, timeless record featuring artists I adore.”  The original tracks from Abbey Road were enhanced and supplemented at Sunset Sound in Los Angeles, California.  The lyrics were adapted for several tracks by British singer-songwriter Ed Harcourt helping to translate Yara’s subtle French lyrics into English

The album’s title song, sung both in English and Arabic, was composed by American composers Steve Dorff and Michael Jay. Yara fell in love with the song and made it the centerpiece of this project. It opens with keening violin by Layth Sidiq the feathery oud of Simon Shaheen and a sultry trumpet by John Fumo, painting a dreamscape that unfolds in a sensuously pulsing groove. Over the course of the song, Yara’s voice rises from a softly intoned breath to a full-throated cry that merges into a wash of urgently soaring strings.

John Lennon’s “How” is rendered in both Arabic and English versions, each with spare ensemble backing, mostly piano and oud. Yara reveals the song’s plaintive simplicity in a way that penetrates even without the translation. Notably, this is the first time Lennon’s estate has allowed a cover and language adaption of this song, which was a mainstay of the landmark Imagine album.

Yara’s velvet-soft, deeply expressive voice is perfectly suited for bossa nova, as Yara demonstrates in an elegant collaboration with Brazilian singer-songwriter Chico César, “Saudade de Voce.” Singing together, they evoke the ineffable emotion of Saudade, a kind of melancholy graced by the shimmer of lingering love. A Brazilian flavor carries forth into “A Morning So Blue,” another song about separation from a loved one. Separation and longing are time-honored themes in popular music, but they take on spiritual depth in the hands of this French-Arabic singer, who subtly draws on the Arabic tradition of romantic love as a metaphor for divine longing. “Vingt-Quatre Heures” clocks the seconds of anguished waiting for reunion with a lover to the tick-tock of a metronome.

Each song on this album has its own style and character. “Ilalabad” unfolds as a cantering waltz, sung in Arabic and English, with Yara’s voice moving from the ethereal realm to a rhythmic, staccato refrain: “pitter-patter in my beating heart for him.” “Depuis Toi” is a brooding soundscape of roiling passions that builds to an anthemic crescendo of drums and strings that chug and cry, then vanish, leaving just the solitude of Yara and her brilliant oud accompanist, Adnan Joubran of the exquisite Trio Joubran. Yara’s voice rides this wave of emotion with trademark confidence and composure.

Perhaps the album’s biggest surprise, “Encore Encore,” opens with Yara interweaving her voice with gentle piano arpeggios. But then the song takes an unexpected turn into pulsing rock with the still more unexpected voice of Iggy Pop, who merges an uncharacteristically tender croon with his trademark baritone gravitas. The track is made all the more delightful for its curiously familiar music: Yared’s theme from “37 °2 le matin” – or in English, “Betty Blue.”

This is the work of a consummate artist with unbridled ambition and unconstrained creative impulses.

Yara attributes her openness to her bicultural, oriental and Western background. “I have an oriental side that is very emotional and the oud captures this very well,” she says.  “My European side is more self-contained, reflective. I like to think my music is a bridge from one to the other.” And with Just a Dream Away, her music will prove a bridge to a much wider audience. 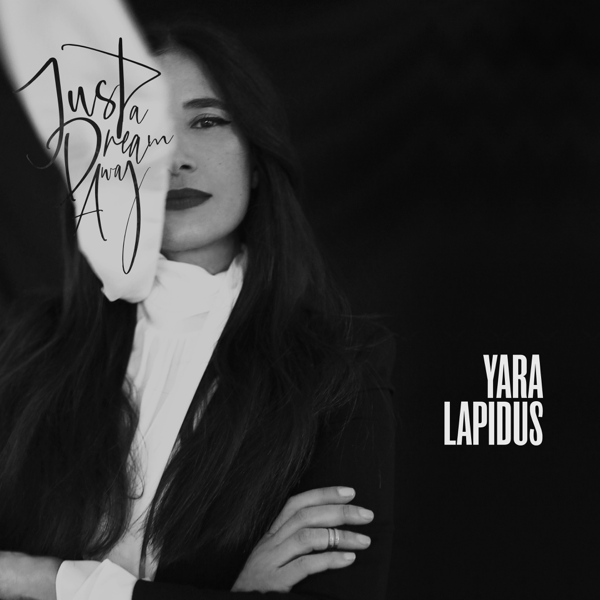