Special to the Beirut Times

Written and Reviewed by Cindy Sibilsky

The darkened theater at Gibney Dance in New York City suddenly becomes enlivened by a burst of Arabesque sounds: a gentle flutter of flutes teamed with rousing percussive beats (provided by composers Hossam Ramzy and Phil Thornton). A soft golden light (courtesy of production and lighting designer Judith Daitsman) pours across the stage like liquid sunlight illuminating and revealing bodies in various postures also positioned within the audience. Their flawless figures, with each muscle and sinew accentuated further by their colorful second-skin bodysuits, are frozen in time and motionless like marble deities.

At this moment, Fadi J. Khoury, the founder, choreographer and Artistic Director behind FJK Dance, emerges like a tiger loosed from its cage with grace and power, his undulating movements breathe life into the frozen statues who in turn rejoice in their own sensual motions to awaken the others -- five men and five women, including Khoury. This kind of blossoming and unfurling of the creative forces serves as an elegant metaphor for the purpose of Works in Progress: a valiant exploration of FJK Dance for their latest and most ambitious project to date: UnTold.

UnTold’s official New York premiere will be performed in its entirety with full production values for a two-week engagement in September at the Gerald W. Lynch Theater at John Jay College through the CUNY Dance Initiative (CDI). The two performances at Gibney Dance (April 12th and 14th) gave guests and supporters a tempting taste of the sumptuous delights to come -- and what a vivid, sensual feast it is!

The first full dance piece is a trio: one man and two women, one in strappy tango heels and the other pointe shoes while the man is barefoot. Their footwear (or lack thereof) could sum up FJK Dance as a whole. Khoury and his Associate Artist, Principal Dancer and partner on and off stage, Sevin Ceviker, utilize all of their multifaceted and truly eclectic dance backgrounds ranging from more traditional staples such as ballet, contemporary and modern, to ballroom, Latin, jazz and Broadway styles, all imbued with folkloric dance and ancient gestures from their countries of origin: Iraq, Lebanon and Turkey. Together with a company of truly global talent spanning from the West Coast of the USA to Cuba, Columbia, Hati and Switzerland, FJK Dance creates a veritable smorgasbord of movement by blending together an alluring, enticing and truly international banquet of dance forms which never feels a la carte but rather the crème de la crème selections of all of the most meaningful and honest proclamations of emotions told through the body, spanning across all cultures and knowing no limits or boundaries; for each of us can be reduced to mere flesh, bone and feelings.

These kinds of cross-cultural, astoundingly beautiful explorations of form and expression are just what the world of dance and the world as a whole, needs to see now -- unity and connection with no distinctions or separation. 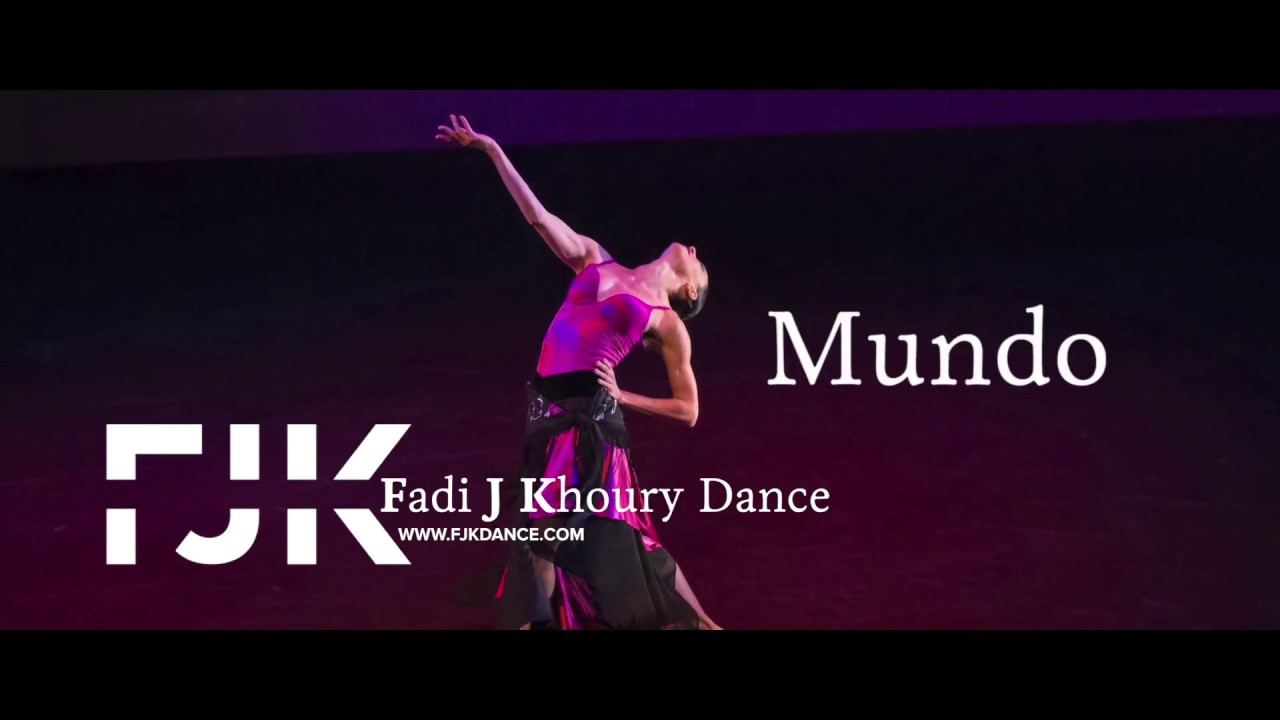 UnTold is also universal in its themes without dialogue or enforced roles through costuming or program notes. The hierarchy is clearly established through motion, gesture and powerful emotional projection. For instance, it is clear that Khoury and Ceviker embody majestic and exotic monarchs from an era long ago with the way each commands not only the full attention and attentiveness of the company around them, but the eager audience as well. They alternatively dance with company members of the opposite sex: the boys try to please and impress Ceviker, the girls try to tease and entice Khoury; but in terms of dominance, as strong and virile as the stately men are, make no mistake, the ladies are in control, and in UnTold, it is refreshing to see and empowering.

Beyond the plethora of beautiful bodies and alluring actions, it is clear when the partners both on stage and off, Khoury and Ceviker, unite in dance that no one can compare as their match or equal but each other. It’s a rare gift and treat when such forces of nature come together under bright lights and applause, yet even more fortuitous when (as often occurs in sensuous dance forms such as ballroom or tango where passion and trust between partners are equally as vital as the ability to execute a lift) they come together with equal vigor in life -- only an excess of gasoline (or mutual respect and admiration) could sustain such a fire!

As with the letters of an alphabet, symbols such as “K” have a crisp, sharp sound which is also reflected in their shape; whilst letters such as “S” have a silken, serpentine hiss in both sound and form; so it is for the dance vocabulary of FJK Dance UnTold, inspired in part by the Arabic alphabet, which will be integrated into the set, costumes and video projections, and whose characters are as curved and demonstrative of the dancers who are the embodiment of that which says it all by saying nothing. For being utterly wordless, FJK Dance UnTold speaks volumes about the universal human condition and spirit!