BEIRUT, Lebanon — Lebanon on Thursday approved the first bid from an international consortium including France’s Total, Italy’s ENI and Russia’s Novatek to explore for oil and gas off the country’s Mediterranean coast.

The group was the only one to respond to a call for bids by the authorities in Beirut, with Lebanon’s attempts to begin offshore energy exploration in recent years hampered by political instability.

“The cabinet has approved the granting of exploration permits… in blocks 4 and 9,” Energy Minister Cesar Abi Khalil wrote on Facebook.

The successful bid from the consortium covers only two of five blocks that were offered by the Lebanese government.

Khalil said the next step would be for the government to sign an official agreement with the group and that explorations would not start before the beginning of 2019.

Lebanon is hoping the discovery of energy resources off its coast will provide a much-needed boost for its battered national coffers. 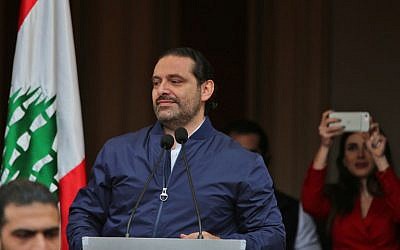 Hariri insisted the offer from the consortium was “good” and marked an important step forward after lengthy delays.

“After five years of discussions on this question, the government will be in a position to sign the first oil and gas exploration deal,” the premier said.

Analyst Diana Kaissy, who heads the Lebanese Oil and Gas Initiative think-tank, said it was “impossible to know” the extent of the accessible reserves before exploration operations begin.

But she said, “preliminary evaluations” showed the five blocks offered by the government were the “most promising,” with block nine bordering a sector disputed by Israel.

In the long term, it is obligatory for the Lebanese authorities to prove their “transparency” in the energy development sector, Kaissy said.

The country is wracked by severe energy and electricity shortages due to the woeful state of its infrastructure and widespread corruption.